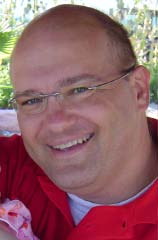 Primelab is my healthy aging practice. I am Ernst-Jan van Gellicum, medical doctor. After graduating from medical school I worked for two years as a senior house officer in the surgical department of the Bronovo Hospital in The Hague. After that I have worked in several general practice surgeries as part of my training as a general practitioner. From 2002 to 2008 is was co-owner of a general practice surgery in The Hague. I increasingly felt the focus of traditional medicine towards disease prevention and health optimisation was insufficient and it was time to look for a different view on these subjects. Therefore, from 2005 to 2007 I followed (and completed successfully) the Anti-Aging Medicine Specialisation of the World Society of Anti Aging Medicine (WOSAAM). Beside this education, I followed several courses on nutrigenomics and nutrigenetics, given by professor Helena Baranova and professor Bernhard Weber.  I am a member of the European Menopause and Andropause Society (EMAS) and of the Special Interest Group Menopause of the NVOG (Dutch Society of Obstetrics en Gynaecology).